How VR Fitness Helps Me Manage My Adult ADHD: My Success Story

Virtual reality has evolved significantly and it is becoming obvious that the technology isn’t strictly reserved for gaming enthusiasts. What is VR if not an endless possibility of simulated experiences, feelings, sights and sounds?

This rapid development has enabled many creative and brilliant people to utilize the technology, making our non-virtual reality hospitable and helpful in various areas, like the military, education, fashion, medical training, sport and mental health.

Virtual reality has revolutionized the sports industry and is widely used as a training aid. It helps professional athletes measure, analyze and improve their performance and technique.

For those who are not professional athletes, VR is still proving to be life-changing. Instead of sweating and staring at the wall for hours with no end, fitness enthusiasts can now exercise in an immersive and motivating environment! 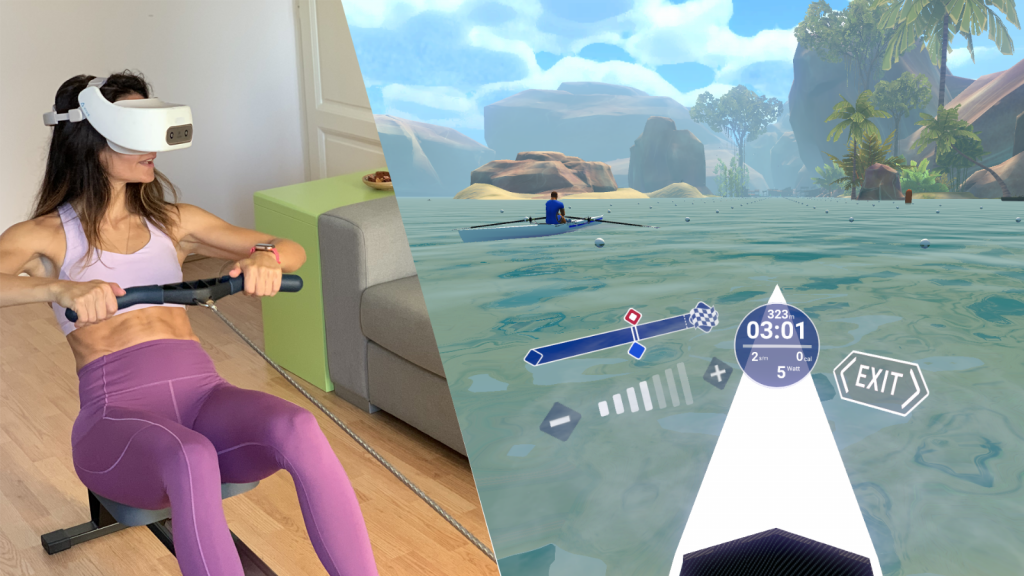 Thanks to the VR immersion, a person can see, hear and feel being physically inside a completely different environment. According to Dr Wendy Powell, VR has been used in the treatment of phobias for more than 20 years and is one of the more established forms of medical VR intervention.

However, VR isn’t only relevant when it comes to the treatment of phobias. Nowadays, VR is being actively used in treatment of attention deficit hyperactivity disorder (ADHD).

Attention deficit hyperactivity disorder (ADHD) is a wide-spread mental health disorder, characterized by inattention (not being able to keep focus), hyperactivity (excess movement that is not fitting to the setting) and impulsivity (hasty acts that occur in the moment without thought). It affects about 8 percent of children, and about half of them will carry those symptoms into adulthood, says the American Psychiatric Association.

Those affected are mostly prescribed medication or stimulants to control the symptoms. However, medication isn’t the only thing that can help with the symptoms. Studies have shown that exercising not only keeps your body in good shape, but your brain too. While exercising, our brain releases various chemicals, including dopamine, which people with ADHD often lack in. Moreover, it helps ease stress and anxiety, improves impulse control and reduces compulsive behaviour.

So, if fitness itself is so good, how does VR help here?

One of the main problems people with ADHD face is focusing their attention on a single task or sitting still for long periods of time. Often intertwined with lack of interest and boredom, this is managed through different VR worlds and environments, which never lack fascinating details. 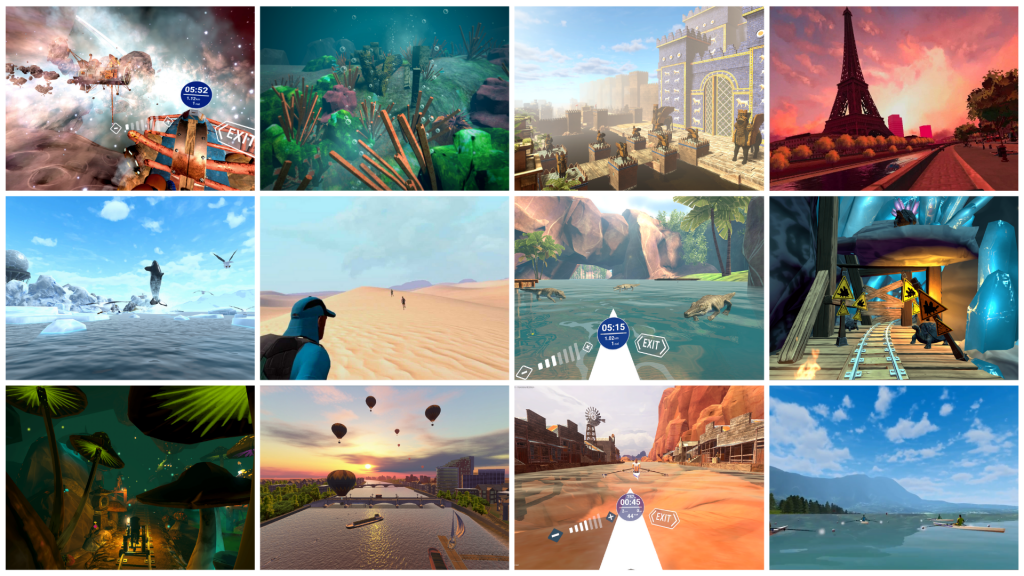 This means that instead of losing focus after a couple of minutes due to staring at the same, never-changing spot in front of you, you can actually immerse yourself with the surroundings. However, simply having a nice view can also quickly make you go wool gathering and quit exercising.

Since motivation is one of the biggest problems both complete rookies and professional athletes experience, we wanted to help solve it.

That’s why we’ve decided to implement certain mechanisms that we refer to as “gamification” into HOLOFIT to ensure increase of motivation & workout consistency.

People with ADHD feel a strong yearning to constantly be moving and doing things. When this doesn`t immediately happen, the restlessness can lead into frustration and anxiety. Anxiety is a very common symptom of adult ADHD, as the restless mind tends to constantly worry and has a hard time controlling it.

According to an anxiety disorder study: “Virtual reality (VR) can also be used to facilitate relaxation processes in stressed or anxious subjects… The advantage of VR compared to CDs or DVDs is its ability to induce a sense of presence in the users, that is defined as the “feeling of being in a world that exists outside of the self “.

How HOLOFIT helped one of our members manage his ADHD

We had heard from one of our amazing long-time members, Bobby that HOLOFIT helped him to manage his ADHD and stay fit –

Having ADHD, I needed something to quell any boredom from using a cardio machine like an elliptical. In fact, I was a day away from donating it to charity when I found HOLOFIT. Once the cadence sensor arrived, I began the trial and my workouts have not been the same since.

We sat down with him to discuss his story further.

How has HOLOFIT helped you in regards to ADHD?

Without HOLOFIT, I would not be able to use any cardio fitness equipment without becoming extremely bored within 30 seconds to a minute.  With HOLOFIT, I can exercise 45 minutes and not even realize it.

Which symptoms do you feel it alleviates?

The Holoworlds provide variety and consistent engagement.  With these, the boredom is gone and focus is optimized.  These are provided a stimulant that the ADHD brain craves.

How has HOLOFIT helped you with restlessness and anxiety?

I have comorbidity with ADHD and that manifests as anxiety.  My anxiety is quelled due to the rigorous cardio workout.  I notice it after every workout with HOLOFIT.

Do you think HOLOFIT has a long-term benefit for you?

I can say a definite “yes” due to the results I have already seen. I started using HOLOFIT in May 2020 and have lost 35 pounds since that time.

Thank you, Bobby for taking the time to talk to us and share your story. We’re sure it will help even more people who happen to be in a similar situation.

If you’re ready to give HOLOFIT a try, sign up for your free trial today!